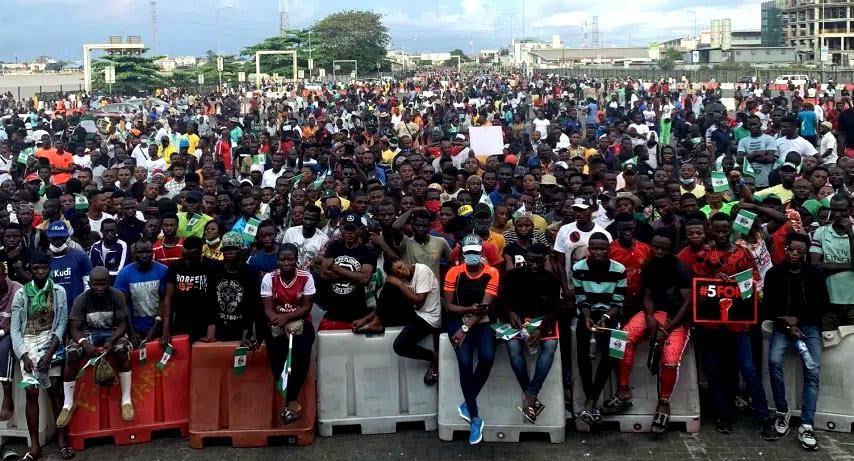 The just concluded Lagos #EndSARS Panel of Inquiry has described the October 20, 2020 incident at the Lekki toll gate as a massacre.

The panel of inquiry also stated that contrary to Governor Sanwo-Olu’s claim that he didn’t invite soldiers to the toll gate, the governor actually invited the Nigerian soldiers who carried out a massacre against unarmed and peaceful protesters during the October 20th, 2020 EndSARS protest at the Lekki Tollgate in Lagos.

“The panel found that there was an invitation of the Nigerian Army to Lagos State made by the Lagos State government through the governor,” the just-released panel’s report stated unequivocally,

“before the hierarchy of the Nigerian Army deployed its soldiers to the Lekki Toll Gate on the night of October 20.”

Mr Sanwo-Olu had claimed that he knew nothing about how Nigerian soldiers were mobilised to the tollgate. He had repeatedly deflected any blame of what happened at the Lekki tollgate to the Nigerian Army, playing the victim that he had no control over the military force that invaded the tollgate and killed the protesters without any provocations.

The report submitted to the Lagos government on November 15, over one year after the #EndSARS protesters were massacred, pointed out that the soldiers and police shot, injured and killed protesters holding national flags and singing the national anthem at the Lekki tollgate.

Information minister Lai Mohammed had also denied any protesters’ killing on the night of October 20, 2020, accusing the peaceful demonstrators of orchestrating anarchy.

#EndSARS, a nationwide protest against police brutality championed by young Nigerians, ended on a sad note as Nigerian soldiers shot and killed protesters waving the national flag and singing the national anthem.