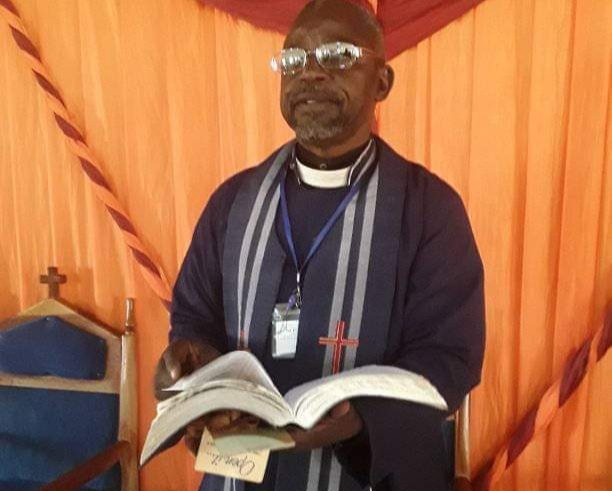 Terrorists operating in Kaduna state Northwest Nigeria have killed Rev Dauda Bature, the pastor in charge of the Evangelical Church Winning All (ECWA) Church Hayin Nariya in Igabi local government area of Kaduna state after receiving ransom from his wife.

The clergyman who was abducted on November 8 while working in his at Ungwan Kanti was reportedly killed a few days ago despite ransom paid to the terrorists for his release.

Confirming the ugly but not so strange incident, the Chairman Christian Association of Nigeria, Kaduna state chapter, Rev Joseph Hayab told Middle Belt Times that the terrorists called to inform Rev Bature’s wife a few days ago that he has been killed even though the news broke out on Friday.

Hayab said the wife of the slain clergy was also taken captive on November 18 when she took the ransom demanded to the terrorists.

“Ten days after the abduction of Rev Bature, his wife took the negotiated ransom to them but after collecting the money, they also abducted her in the guise that the money was not enough.

“They released her four days ago and most probably killed the Rev shortly after releasing his wife.” Hayab said.

Speaking further Rev Hayab said they believe that Rev Bature was killed by his abductors because he was a pastor and not because of money.

“If they really wanted more money, they could have waited for more money to be raised and not to kill him.

“We believe that Rev Bature was killed because he was a pastor and a preacher of the gospel.” He said.

Abductions and killings of clergymen is not new in Kaduna as pastors and their congregants have repeatedly been either abducted or killed by terrorists in the state.

Recall that in September, terrorists killed a pastor of the Evangelical Church Winning All (ECWA), Rev Silas Yakubu, who was on his way back from Kafanchan in Zango-Kataf local government area of the state.

In October, 65 members of Emmanuel Baptist church Kakau were abducted by terrorists during a church service in Chikun local government area of the state. Two of them abductees were killed while three others were injured while in captivity. The remaining abductees were released after ransoms were paid lady week.

Bandits are being released without charges – Governor Matawalle raises alarm