Agwam Bajju was dedicated not only to Kajju land but all Southern Kaduna and Kaduna State as a whole: SOKAPDA-Europe 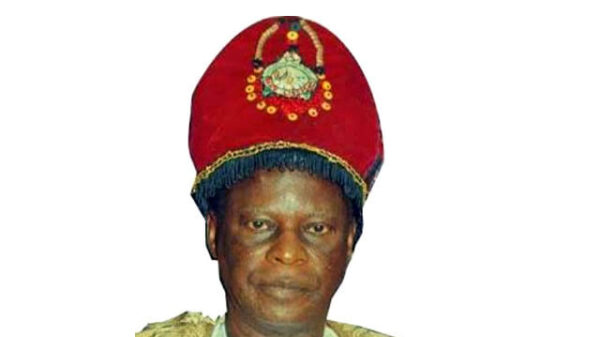 The Southern Kaduna People in the Diaspora (Europe) has pledged solidarity with the Bajju chiefdom over the demise of the paramount ruler of the Chiefdom, His Royal Highness, Nuhu Bature OON who passed on on December 18 in Kafanchan.

In a condolence statement signed by it’s president, Rita Allahmagani and it’s Board of trustees, Casimir Biriyok and obtained by this newspaper, the group described the late Monarch as a man of peace who was always peaceful despite provocations emanating from constant violence perpetrated by terrorists in Southern Kaduna.

SOKAPDA described the death of the First class chief as a monumental loss not only to the Bajju Chiefdom in Zango-Kataf Local Government Area of the state but to the state and the entire country.

Agwam Bajju was a man of peace irrespective of the constant violence in Southern Kaduna in particular and Northern Nigeria in general . It is sad that we lost him when his experience and wise counsel is needed most.

He was a father to all and a gentleman to the core.

Agwam Bajju was dedicated not only to Kajju land but all Southern Kaduna and Kaduna State as a whole.

We in SOKAPDA Europe are heart broken for the loss of His Royal Highness Agwam Bajju 1. However we are proud of his achievements and these are testimonies to his years of campaign and dedication to emancipation of Kajju Land.
We pray that the Almighty God will accept him into his kingdom and we hope to meet again in spirit.

HRH Agwam Bajju1 will be remembered as a man who spent 26 years on the throne fighting for the peace in Kajju land, Southern Kaduna and Kaduna State in general.
He was highly respected leader that stood for the truth. He was also a man of faith.

He will also be remembered for his leadership qualities that united, strengthened and enhanced the progress of the Bajju people. His efforts in seeing the progress of Kajju land, Southern Kaduna and Kaduna State is well known and will never be forgotten.

He was also sincere in all his dealings and relationships. He was committed to progress in whatever shape or form.

SOKAPDA Europe stand in solidarity with the Bajju chiefdom and the bond and love that unite the people of Southern Kaduna. May these be strengthened especially at these times now and forevermore.
The king is dead.
Goodbye Agwam Bajju 1
Long live Kajju Land.
Long live Southern Kaduna
Long live Kaduna State
Long live Federal Republic of Nigeria

“There are no goodbyes for us. Wherever you are, you will always be in our heart.”