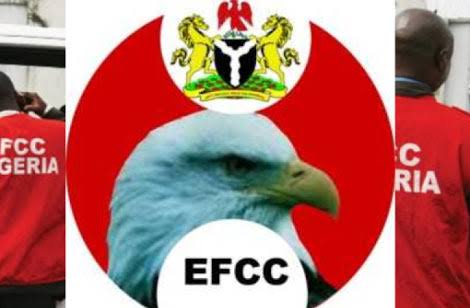 Civil rights advocacy group, Human Rights Writers Association of Nigeria, (HURIWA) on Tuesday, expressed profound trepidation and worry that a lot of critical minded members of the public in Southerm Nigeria have accused the Economic and Financial Crimes Commission of ethnic profiling against Igbo notable sons in the last few months.

HURIWA also strongly recommend to the hierarchy of the Economic and Financial Crimes Commission to adopt transparent and accountable methodology of operation irrespective of whether it is Northern or Southern Nigeria so they are not permanently perceived as a group of people who have deviated from the time honoured and time tested mandates of anti -corruption crusade devoid of Ethnic or religious profiling.

“The idea that whenever Igbo youths may be due to exuberance are shown on videos to appear to be spraying HUMONGUOS amount of cash at social or religious functions such as funeral rites or weddings, the next day the principal characters seen in the videos who are Igbos are profiled and arrested at the airport or just somewhere and the next day the newspapers are awash with propaganda demonising the arrested citizens of South East origin. But the same EFCC officials are never seen arresting or profiling Northern youths similarly captured during high profile social or religious functions like the weddings of Sons of prominent Northern politicians who obviously treated like sacred cows”.

HURIWA, in a statement by its National Coordinator, Comrade Emmanuel Onwubiko, said the field officers of the anti-graft agency under the leadership of Abdulrasheed Bawa must be probed for allegedly picking up innocent Nigerians in Gestapo style, sometimes in the middle of the night, after invading their residences and hotels.

The group described as witch hunt, the arrest and humiliation of popular socialite, Pascal Okechukwu, known better as Cubana Chief Priest; his associate, Obinna Iyiegbu, known as Obi Cubana; ex-Anambra State governor, Willie Obiano; amongst other prominent sons of Ndigbo locked up on unproven allegations of tax fraud and money laundering whereas suspects of Northern origin even hitherto charged to courts for alleged heist of billions of public fund are suddenly left off the hooks and progressively railroaded into influential national political offices only because of their Ethnic affiliations with those presently wielding political powers in Abuja.

Reacting, HURIWA’s Onwubiko urged the EFCC under Bawa to thread softly and carefully, and quit launching attacks on prosperous Igbo sons. HURIWA thinks the EFCC should operate within the confines of the law so Nigerians will.be able to know when armed robbers have struck.

“The indiscriminate arrests of Igbo notable sons by overzealous and discretion-less EFCC operative is worrisome. The show of shame  and commando-like raids being branded as legitimate operations that is a pastime of EFCC agents was aptly captured in a PUNCH Editorial dated September 1, 2021 (https://punchng.com/efccs-gestapo-raids-on-hotels-residences/).

“The earlier the EFCC comply with rules of engagement and desist from ethnic profiling of the Igbo the better. Also, the anti-graft agency should investigate its field officials who are alleged to be extorting school children by arresting, detaining and forcing them to part with a lot of money.

“In as much as we condemn advanced fee fraud, we condemn any activity of the EFCC that is deemed inimical to constitutional democracy and norms and principles of rule of law and due process.”