We Have No Other Country But Nigeria – What A Lie! 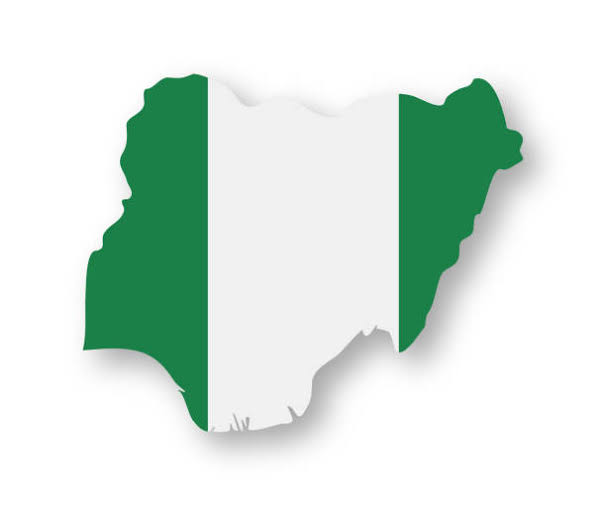 Nazi propaganda minister Joseph Goebbels said that if you repeat a lie often enough, people will believe it. That is how most especially politicians, the Church, influencers, NGOs and CSOs have been manipulating Nigerians to come to see a big lie as the truth. They control Nigerians with the words: “We have no other country but Nigeria!”

The truth is that countries come and countries go. The world map of countries we see today is not the same map our ancestors would have seen, say, 300 years ago. And, today’s world map will not be the same that those who will exist in 300 years from now will see. COUNTRIES COME, AND COUNTRIES GO. That is a historical fact.

What we see is that indigenous peoples of the South and Middle Belt are doing their all to rush out of Nigeria looking for education, jobs and “opportunities” abroad, while at the same time immigrant Fulani are rushing into Nigeria. We must ask the question, then whose country is Nigeria? (Notice, we are not asking to whom do the ancestral lands belong to.) Since every country is a political construction, we should know who created the political Union called Nigeria, and for whose benefit was it created?

Nigeria is called a Federation (another lie) whereas in fact, a Federation is a union of Constitutions yet Nigeria has just ONE Constitution, and that is itself a Forgery called the 1999 Constitution. What that means is that IN REALITY there is actually no Union, and thus no real country called “Nigeria” – it is all a great make-believe situation. Those who are no longer going to tolerate the lies are insisting that their people will take charge of their ancestral lands, and with their inalienable right to Self-Determination either form a viable country on their own, or form a new country with compatible neighbouring Ethnic Nations. That is, they are seeking to correct the mistake (or mischief!) of the 1914 Amalgamation. The ONE obstacle in the pathway to Self-Determination are the INDIGENOUS POLITICIANS.

The role of indigenous politicians in maintaining the hated Nigeria that their people are fleeing abroad from, and where their people are being killed on a regular basis needs to be made ABUNDANTLY CLEAR.

The illegitimate 1999 Constitution empowers armed Fulani to torture, maim, and slaughter unarmed and defenceless indigenous peoples. It is actually indigenous politicians who open the door to the homicidal madness of Fulani invaders by upholding and defending that known Forgery – the 1999 Constitution. If indigenous politicians did not make themselves available for this dirty work, the Fulani invaders and the Fulani Caliphate would have no powers of entry, so their conquest agenda revealed by Ahmadu Bello’s Declaration, would be impossible.

Furthermore, it is indigenous politicians who renew the life of that sham 1999 Constitution in their people’s ancestral land. That happens via elections when the declared winner swears an Oath of Office to uphold, defend, and govern by that Forgery. It is the task of indigenous politicians to push their people to Elections 2023 so as to renew the life of the disaster-bringing and death-bringing 1999 Constitution upon their people, for which they will get paid huge salaries, and life-long pensions. The treasonous behavior of indigenous politicians is compounded by the fact that they hide the truth that the 1999 Constitution has been Repudiated via the Constitutional Force Majeure declared by the non-violent people’s NINAS Movement making Nigeria a Disputed Project since 16th December 2020, obviously hoping to wound down the clock, to help make Elections 2023 inevitable. Or, to assist the Fulani-led Central Government to declare Martial Law as advised by Attorney General Malami (a Fulani) in a leaked memo (later denied), using the unchecked widespread insecurity as a manufactured reason.

This is a case of indigenous peoples versus their politicians. Indigenous politicians are using a Forgery to capture their people inside a false Union called Nigeria. A Union that is NOT the one negotiated before Independence. That original Union was terminated in 1966 by the military coups. The current Union of Nigeria is the Caliphate’s country that welcomes Fulani from all over Africa to make it their home, while at the same time driving indigenous peoples to flee abroad by making it a hopeless and unsafe place for the true Owners of the land.

Before 1914 there was no country called Nigeria. Since the future for them is the Caliphate Agenda of conquest and Fulanization, indigenous peoples can decide that they will no longer accept unitary Nigeria. Their own politicians are the Caliphate’s agents and collaborators in their ancestral lands, so it is their politicians they must address and stop. Elections 2023 is the battleground. The life of the 1999 Constitution must therefore not be renewed by having those elections. Instead, there should be a time-bound Transitional Government where there would be Self-Determination Regional Referendums for indigenous Ethnic Nations to decide whether they want to re-commit their ancestral lands to the Union of Nigeria, or whether they want fresh, new beginnings forming new Unions with compatible neighbouring Ethnic Nations.

For indigenous peoples to flee abroad when they have their own richly endowed ancestral lands is not an effective solution to the problem of treacherous politicians who uphold a hostile 1999 Constitution. Indigenous peoples have been believing the lie that: “We have no other country but Nigeria!” Unitary Nigeria is NOT their country, and rather than abandon their ancestral lands (making it easier for Fulani to grab them), indigenous peoples at home and abroad have the power to create proper new countries for themselves by stopping their politicians and the sham 1999 Constitution that follows those traitors.

Video clip listing some of the huge rewards politicians receive.

ZAMFARA ‘SELF DEFENCE’ MANDATE — SIGNS OF A NIGERIAN FAILED STATE ?: THE FACTS, THE FEARS, AND THE FUTURE