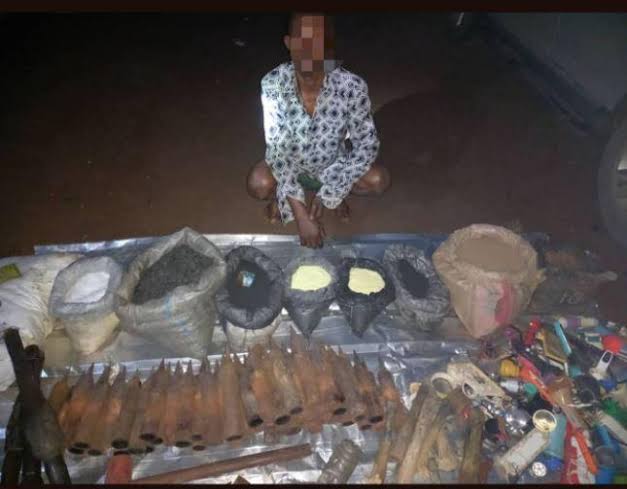 Prominent Civil rights advocacy group- HUMAN RIGHTS WRITERS ASSOCIATION OF NIGERIA (HURIWA) has for the umpteenth time warned the men and officers of the Nigeria Police,  especially the Imo State  Police command to be professionally circumspect on how they go about arresting, coercing, parading and slamming allegations on people in Imo State just as the Rights group said media trial of suspects by the police especially in the South-East of Nigeria must be discouraged and discontinued so the principle of Rule of law is upheld all the times.

The police, HURIWA insists, are not above the law and must comply totally with the provisions of the law since it is a creation of the law.

HURIWA has also cautioned the police to understudy the South East where they are posted from all parts of the Country, so they get acquainted with the socio-cultural practices and traditions of the people of the region to avoid the unlawful arrest of members of the African traditional Religions on the disguised allegations that they are using their shrines to pray for persons perceived as being responsible for the spate of attacks that targeted strategic national security assets in the South East of Nigeria.  HURIWA said security forces have consistently attacked shrines of African traditional worshippers and have had to parade them as collaborators with the so called unknown gunmen and at the end of the day, the police have failed to get any conviction from all these ARRESTS.

HURIWA which condemned strongly the attacks on strategic national security assets and have also condemned the killing of police operatives, also accused the police in the South East of Nigeria and especially the Imo State command of the widespread use of extrajudicial execution of suspects in their detention facilities and during their security operations in parts of Imo State just as the Rights group said the allegations that police dump unidentified corpses of young Igbo boys in the Federal medical centre in Owerri, Imo State, is a serious indictments that must be investigated by the International Criminal Court in The Hagues Netherlands so those responsible for these crimes against humanity are prosecuted for these odious and gruesome killings.

HURIWA also faulted the parade of a so-called bomb maker by the police in Imo State just as the Rights group said from the photo evidence of what the police termed bomb making equipment which they paraded with the lone suspect as celebrated in some sections of the Nigerian media, it would seem that what the police calls ‘bomb making’ materials are some locally fabricated non lethal explosives that are used during burials to shoot 21 gun salutes to deserving members of the Igbo communities which is in Igboland is called NKPO NA ANI.

HURIWA recalled that The Imo State Police Command on Friday said it arrested and paraded a 50-year-old-man one Simeon Onigbo, suspected to be a bomb manufacturer for the Indigenous People of Biafra, IPOB, used in attacking police stations and government facilities in the state.The State Police Public Relations Officer, PPRO, Micheal Abattam, disclosed this to newsmen in Owerri.The command said it was last Wednesday it uncovered and raided the IPOB bomb manufacturing camp at Uba Umuaka in Njaba Local Government Area of Imo State, based on the credible information that was made available to the Police.

HURIWA however faulted the police going by the photo evidence of what the police paraded as bomb making materials because from available empirical data, those materials are what are used during Igbo burials all over Igbo land just as the Rights group has demanded that the Nigerian Bar Association Imo State,   Amnesty International, National Human Rights Commission and other credible NGOs be allowed to assess those materials being peddled around in the media as bombs so the Police is not allowed to undermine the traditions and customs of the Igbo in their unscientific haste to announce a breakthrough on the disturbing trends of civil unrest in parts of the South East of Nigeria.

“The Imo State Police Command must toe the line of professionalism and competency and avoid the hasty parading of persons and their demonisation as criminals when the courts of law is yet to make any binding pronouncements and moreover section 36(5) of the Nigerian Constitution says all suspects are innocent in the eye of the law until a contrary pronouncements by courts of competent jurisdiction are made and not through police propaganda in the media”.