OPINION: Why Danjuma La’ah Shouldn’t Return to the Senate Again 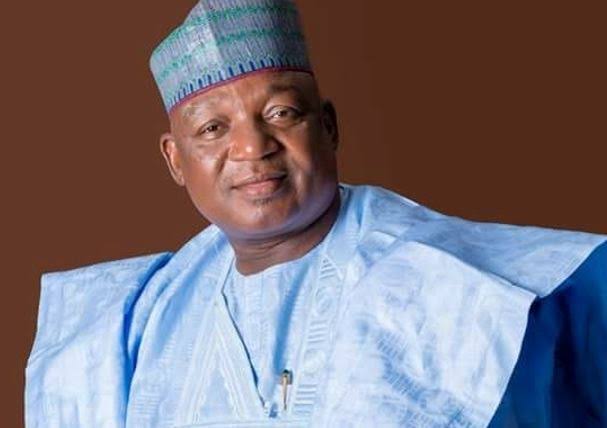 In 2015, the people of Southern Kaduna unanimously voted for Mr Danjuma Tellah La’ah, a former F.C.D.A official to represent her at the National Assembly, Senate to be precise. Expectations were high on the senator who as at then was the 5th to be elected by the region since the return of democracy in 1999.

La’ah got to the Senate but like the popular idiom which says that ‘a man cannot give what he does not possess’, this has been the fate of the Southern Kaduna people who had to ensure a Senator emerge but hasn’t been able to articulate their issues as they ought to be on the floor of the Senate. After his first tenure, La’ah again made history by breaking the one term jinx in the area, this was partly due to the fact that the people thought he could improve in his second term in the Senate.

Unfortunately, they were wrong as La’ah was to embark on a journey of failure and misrepresentation at a time Southern Kaduna needed a voice to speak, articulate, and propagate the issues affecting the region. La’ah went hibernating and was never to be seen contributing to discuss of national importance.

This is evident in the fact that in over seven (7) years on the floor of the Senate, Danjuma La’ah has only sponsored one failed Bill and that was in his first tenure. This is not only shocking but unacceptable considering the fact that even lawmakers from the most educationally backward parts of the country have sponsored successful legislations.

For the purpose of this article I would be highlighting little among Senator La’ah’s many political blunders and why he shouldn’t be reelected. I was born and raised up in the village by my grandparents in Zangon Kataf Local Government Council, so I know what it means to elevate the poor ones to prominence especially, those of us who have to undergo commercial farming to be paid in order to pay our school fees due to Poverty.

Southern Kaduna citizens were shortlisted for the Empowerment scheme by SMEDAN, certificates offered but were held by the senator just to make sure the diversion remains a secrete.

4.Most of the contracts executed by Danjuma La’ah didn’t pass through the legal processes as the Senator used phony companies some of which belong to him and his cronies.

Since he became a senator, all his children, nephews and nieces have all gained juicy Federal government employments, some even switch from one jobs to the other on his bill while many qualified Southern Kaduna youths are roaming the street of Abuja jobless.

There was a story an aide to a former senator who served alongside Danjuma Laah between 2015 and 2019 told me. He said his Principal got some job slots and gave his friend Senator Laah 10 from it. After some days, Laah told him he only utilized 8 slots, the senator was dumbfounded and asked him in astonishment “you mean Southern Kaduna with the high number of educated young people, you couldn’t get 10 people to fill these slots?”. Later the senator realized that the 8 people Laah presented for the employment opportunities were all from his family and tribe, since then he started looking down on the Senator.

Just recently, a close friend of mine from the South who works with NIMASA told me how some job slots were given to senator Laah in the Nigeria Maritime Safety Administration NIMASA but instead of scouting for qualified youths from across Southern Kaduna, as usual Danjuma Laah distributed the slots to his friends including a former GMD of the NNPC who was insisting that his son who is yet to complete the mandatory one year NYSC duty be employed, this didn’t go down well with NIMASA as it is illegal and unconstitutional.

It is worthy of note that Senator Danjuma Laah was the Immediate Past Senate Committee Chairman on Federal Character, a position he assumed in 2019 untill recently that he was made a Principal Officer of the Senate. The Federal character commission under his oversight function has been reduced to a family and friend business as the woman heading the commission has turned herself into a mini – god. Even the few people senator Laah engineered their employment at the Commission have had to resign due to persecution by the Head. These irregularities have repeatedly been reported to Laah yet he was not been able to summon the woman before the Committee.

In conclusion, there are also unproven allegations from job seekers who have accused senator Danjuma Laah’s aides of extortion and sometimes sexual harassments in the name of providing them with employments. A lady once told me how one of the Senator’s uncultured aides told her point blank that she will have to grace his bed to get employment. The lady left and vowed never to return. There is a saying that there can never be smoke without fire. So far, Senator Laah has not debunked these allegations, an action many including myself believe to be tacit support to his aides immoral and criminal activities.

The good people of Southern Kaduna especially party delegates whom he Laah defrauded for votes in 2019 with bogus promises he never fulfilled must rise in one accord and say no to misrepresentation and poor leadership.

Today Danjuma Laah cannot call a meeting of State lawmakers not to talk of federal lawmakers from Southern Kaduna because the lawmakers do not have regard for him due to his very bad leadership style of exclusion and tribalism.