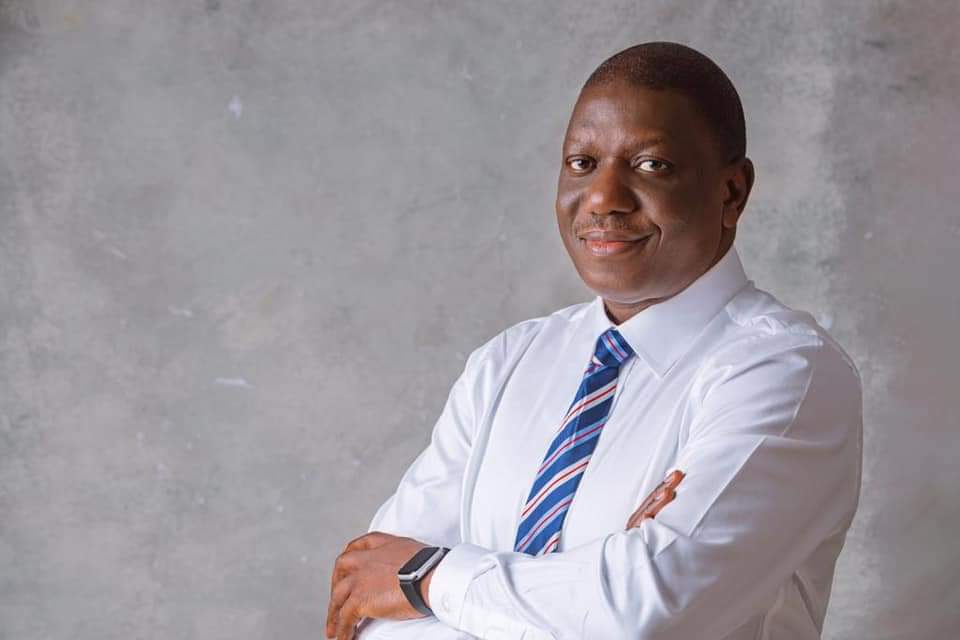 Sunday Marshall Katung, also known as SMK, is a jurist, an astute businessman, consummate politician and philanthropist. He has worked in both the private and public sectors and has been a long standing, dedicated and loyal member of the esteemed People’s Democratic Party (PDP). He is a man with the burning desire to use his professional skills, experience and political sagacity to provide effective representation for the people of Kaduna South (otherwise known as Zone 3) Senatorial District at the National Assembly.

To achieve this goal, he traversed the length and breadth of the eight (8) local governments that make up Zone 3, meeting and consulting with various political stakeholders to sell his candidacy. He utilised social and traditional media, direct contact and reminded party faithful of his previous achievements as a former member of the Federal House of Representatives.

His efforts culminated in victory at the just concluded senatorial primaries. The primary was adjudged to be free and fair by all contesting candidates, delegates and the Independent National Electoral Commission (INEC) that was on hand to monitor the exercise.
There were unusual jubilations and backslapping by his supporters, well wishers and his campaign team comprising cerebral, disciplined, dedicated and hard working patriots.

Just as he and his team were returning to the drawing board to strategise for the election proper, however, news started filtering in that SMK induced delegates, had outstanding tax issues and delegates were not properly accreditated. These were initially brushed off as rumours, until surfacing of a letter written to the party leadership by some party members loyal to one of the defeated contestants.

First and foremost, SMK is an experienced lawyer who understands the implications of not filing taxes properly or evading taxes. As a politician seeking office he knows that proper tax filing is not only a mandatory requirement at least at the political party level but also a civic duty. Moreover, he is domiciled in Abuja, and therefore pays taxes to the Federal Internal Revenue Service (FIRS) who issued him a tax clearance certificate to that effect. Why KADIRS finds its way into a matter it has no jurisdiction over is curious and suspect.

Secondly, a politician does not need to induce voters to vote for him or her when he is amiable, charismatic and runs an issue based campaign focusing on pertinent issues plaguing his Constituency. SMK is a man of the people and has served the people of the zone both as a commissioner and federal legislator. So he is on ground.

And finally, delegates present had their membership cards and were verified before gaining entry to the venue, if it were not so, the election would not have held and his competitors (bar one) would not have congratulated him or conceded.

Knowing the capabilities of rival parties, it is unfortunate that the PDP in Zone 3 instead of uniting and putting its best foot forward, members are conniving to bring down an extremely popular candidate with frivolous petitions and allegations.

I find it curious that the contents of the letter found its way to a petitioner against SMK from the camp of one of the contestants. This happens to give credence to the suspicion that at least a staff of the agency is fully involved in the conspiracy to rubbish the integrity of the senatorial candidate. This is a sad development for the Senatorial District, not just for SMK whose time God has made to come.

It is also sad that a government agency with no jurisdiction on the matteris being used as a tool to witch hunt an illustrious son of Southern Kaduna.

Delegates have spoken. A significant portion of stakeholders and party members are behind SMK.

For SMK, he will surmount this particular challenge as his time has come to contest for the senatorial seat of Zone 3, and by the Grace of God, He will march to victory come February 2023.

British Parliamentary Debate On Terror In Nigeria: Building Upon False Narratives Whilst Blinded By Vested Self-Interest