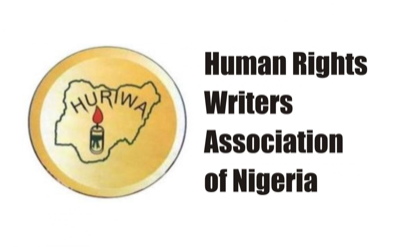 Civil rights advocacy group, Human Rights Writers Association of Nigeria, (HURIWA) on Sunday, said Nigeria would have been boiling should rampaging bandits/terrorists kill and kidnap Imams the way the marauders are terrorising and annihilating Christian leaders in the country.

HURIWA’s National Coordinator, Comrade Emmanuel Onwubiko, in a statement, categorically stressed that the President, Muhammadu Buhari (retd.), the service chiefs and all the heads of security agencies who are Muslims would have swung into action should kidnappers start feasting on Imams.

The group emphasised that the spate of kidnapping and gruesome killing of Christians leaders and their followers was pure persecution and asked why Imams have not fallen victim to abductions and killings if the problem is a general one and not targeted at Christians as seen in the last few years.

Recall that terrorists murdered another Catholic priest, Rev Fr. Vitus Borogo, in Kaduna State, of late. The 50-year-old priest was murdered at the Prison Farm, Kujama, along the Kaduna-Kachia Road.

This followed the abduction and killing of Reverend Father Joseph Bako of the St John Catholic Church, Kudenda in the Chikun Local Government Area of Kaduna State which happened in March.

“About 20 Christian clerics have either been kidnapped or killed just in 2022 and there has not been one report of the kidnap or the killing of an Imam. This is not in any way inciting the kidnap of Imams but the unending attacks on Christian clerics is suspicious that clandestine forces are after Christian clerics and they are backed up by people in power who are mostly Islamic fundamentals,” HURIWA’s Onwubiko said.

“Now, the bloodthirsty marauders, buoyed by the nonchalance and inaction of security agencies led by Muslims, have the audacity to murder Rev Fr. Vitus Borogo. This is totally unacceptable and must stop forthwith,” Onwubiko stated.

Continuing, he added, “The hot and sizzling Jihad against Christians allegedly supported by Islamists embedded in the government of President Muhammadu Buhari is alarming and condemnable.

“The fact that all the internal security institutions are led by Muslims in the last seven years and Christian are being killed and kidnapped in targeted and coordinated manner shows a pattern that enjoys tacit support of the top most echelons of the security architecture.

“HURIWA maintains that if there is no plot to wipe off Christians, the President would have rejigged the headship of the internal security institutions like the police, the Army, the Department of State Services, Customs, Immigration, Prison, Civil defence, NIA, amongst others to inject representatives of Christians but the President refused meaning there is a longstanding plots against Christians.

“HURIWA alerts the whole world, the United Nations, the European Union, the United Kingdom, the United States, Pope Francis, and other international powers to take notice of the genocide of Christians in Kaduna, Owo in Ondo, Plateau, amongst others and pressure the Buhari government to end the carnage of Christians.”