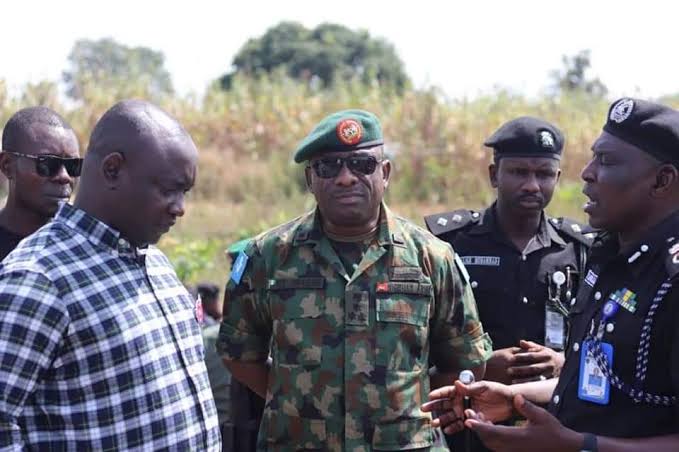 Road users along the dreaded Abuja-Kaduna highway have blamed the deplorable state of the road and the network shutdown embarked upon by the Kaduna state government for the resurgence of mass abductions and killings on the road.

Middle Belt Times reporter on Monday spoke with some road users in Kaduna and Abuja on the matter.

Mallam Salihu Giwa (not real name), a commercial driver who plies the road on a daily basis said the network shutdown in Kaduna state is making the activities of armed bandits easier at the detriment of innocent civilians.

Giwa said that while the citizens who are at the receiving end of both the network shutdown and the bandits attacks, the bandits still find ways to coordinate attacks and also reach out to families for ransom negotiations.

“Before now whenever their is an ongoing operations, we phone to inform our colleagues of the development.

“For instance, if am driving and notice danger, I will call my colleagues, they too will call others and before you know it, people are saved but today that is no longer possible due to the absence of network in the state.

“Let me tell you, in the past we have experienced this kidnapping along this road but the first driver to encounter them might make phone calls and before you know the information circulate and help from the security will come.

“They said they shutdown network to stop banditry but as you can see banditry has only gotten worse with the shutdown. The bandits still launch attacks, kidnap people and still make phone calls negotiating for ransoms.” Giwa lamented.

Another commercial driver, Idoko Francis told MBT that the recent waves of abduction along the Abuja-Kaduna express way seems very coordinated and scary.

He said in times past, you hardly hear of an attack today and another tomorrow.

“Monday’s attacks got many of us surprised because it opened our eyes to a new dimension of kidnapping along the Abuja-Kaduna highway.

“For them to attack on Sunday and did same on Monday, it shows that they are now more daring and coordinated.

“Before, whenever they attack, they don’t come back to attack again immediately because they know that security will be on the road patrolling but this time around they damned every consequences and went back to kidnap more people the next day.” Francis said.

Removal of Female Soldiers from the road

The withdrawal of the gallant female soldiers from the Abuja-Kaduna express way has also continued to generate reactions among road users who said the soldiers were committed and dedicated to their jobs while on the road.

This reporter while traveling on the road on Monday observed that the female soldiers have all been withdrawn and efforts were made to speak to road users about the development.

A road user who gave his name as Mathias said that the withdrawal of the female soldiers was shocking to road users because there was no reason for such withdrawal considering the importance of their presence on the road.

“Why did they remove the female soldiers in the first place if they don’t have sinister motives?

“Those female soldiers were very dedicated, they were always on this road providing security, they were fearless and provided an intimidating presence on the road.

“Throughout their stay on this road, I never heard of any kidnapping operations because they were up and doing.

“Who ordered their removal and why ? These are questions Nigerians should be asking the government.” Mathias said.

Residents living in Kaduna state are pleading with the state government to reconsider her decision to shutdown telecommunications network in some parts of the state, saying that the shutdown has made life more difficult for them.

Some residents of Chikun local government area who spoke to MBT reporter said they have been living in total darkness since the network shutdown. They also lamented that since the shutdown has failed to achieve it purpose, it will be unfair to sustain the shutdown.

A resident of Gidan Bussa who spoke to this reporter on condition of anonymity said that the network shutdown has achieved nothing in the area and therefore should be restored.

“Since they shutdown this network, life has been hell for us here, we can no longer communicate with friends and relatives in other places, we can not call for help during emergencies.

“Since the network shutdown has obviously failed to achieve any meaningful result, the government should restore network back. He said.

This reporter spoke to a resident of Gonin Gora who compared the shutdown of telecommunication networks which is affecting their community to life during the pre GSM era in Nigeria.

She said, most businesses are shutdown due to unavailability of network in the community.

“We are just here, we can’t make calls, we can’t do transactions on the POS yet we don’t have any bank in Gonin Gora.

“The whole thing is troubling for us, it is like living in the pre GSM era and to make matters worse, the bandits are still operating, some of our relatives that were abducted from Emmanuel Baptist church in October are still with the bandits.” She said.

On Monday, a similar operation took place around Gidan Bussa along the same road leading to the abduction of many travellers.

An armoured vehicle belonging to the Nigerian army and dozens of soldiers riding on motorcycles were seen patroling along the road, giving road user some confidence to travel.

The police and Civil defense operatives in their numbers were also sighted patroling the express way. This is coming after the Kaduna state commissioner of Police announce the deployment of more personnel and armoured vehicles to the road.

Speaking during a visit to the scene of Sunday’s attack, Commissioner of Police, Mudashiru Abdullahi ordered the deployment of additional four armoured vehicles and more troops to the the Abuja-Kaduna highway.

ZAMFARA ‘SELF DEFENCE’ MANDATE — SIGNS OF A NIGERIAN FAILED STATE ?: THE FACTS, THE FEARS, AND THE FUTURE