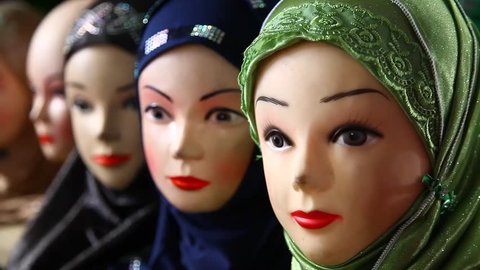 The Taliban have ordered owners of clothing shops in Afghanistan’s western Herat province to remove the heads of mannequins.

Aziz Rahman, head of the ministry for the propagation of virtue and prevention of vice, said mannequins are unIslamic.

The ministry had earlier banned the use of mannequins but relaxed it to just removal of the heads after complaints that it could affect sales.

Rahman claimed that the presence of the heads on mannequins, even if covered, will prevent angels from entering and blessing the shop or homeowners.

“We have ordered the shopkeepers to cut the heads off mannequins as this is against (Islamic) Sharia law,” Rahman said.

Since seizing power, the Taliban have made several moves to clamp down on activities and items they say are against Islamic injunctions even though Youssef Wafa, governor of Kandahar, Afghanistan’s second-largest city, had said they will not force their rules on anyone.

In September 2021, barbers in Helmand province were banned from shaving or trimming beards while university classrooms were segregated along gender lines.

In Nigeria, the Kano Hisbah board, in July 2021, banned the use of mannequins for clothes display at shops, public and private places.

At least 20 Killed, 90 Wounded As Bomb Rocks Shiite Mosque In Afghanistan During Prayers