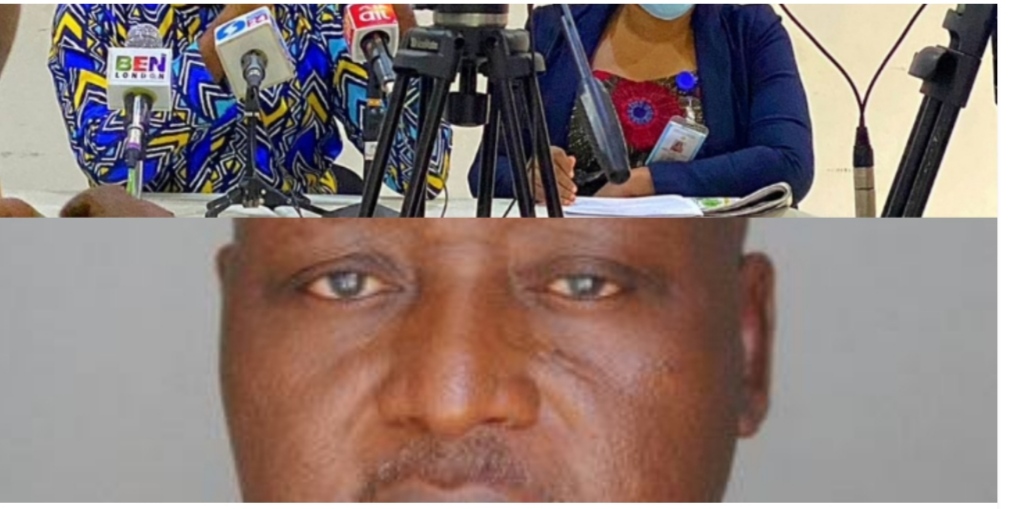 Leading Civil Rights Advocacy Group-: HUMAN RIGHTS WRITERS ASSOCIATION OF NIGERIA (HURIWA) has raised alarm that some dark forces embedded inside the Kaduna State government may have deliberately ‘poisoned’ or may be contemplating poisoning the Global Spokesman of the Southern Kaduna Peoples Union (SOKAPU) Comrade Luka Biniyat illegally detained at the maximum security prisons in Kaduna at the instance of the the Kaduna State Commissioner for internal Security Samuel Aruwan.

The Civil Rights organization- HUMAN RIGHTS WRITERS ASSOCIATION OF NIGERIA (HURIWA) has called on the Kaduna State Governor Nasir Elruffai to call his commissioner to order to stop using the Kaduna State judiciary to illegally detain the Kaduna born frontline International journalist over a civil matter of alleged libel against the person of the aforementioned Commissioner who incidentally hails from the same Southern Kaduna State and is also a trained Journalist like the illegally incarcerated Journalist.

“We call on the Kaduna State governor to prevent any untoward thing from being inflicted on the person of the detained Journalist by some evil forces just as the RIGHTS GROUP SAID the detained journalist is confirmed critically ill inside the Prison by his Wife who visited him Yesterday. We call on the Kaduna State House of Assembly to ensure that the life of this illustrious Son of the State is not endangered in anyway by any reactionary elements whilst he is being illegally detained without bail for 63 days over a mere civil related cause of action which ordinarily shouldn’t be subjected to official manipulation “.

HURIWA said thus:  “On 3rd November 2021, a complaint was made to the Kaduna state commissioner of police, alleging that a news story, authored by Luka in the Epoch Times, a US-based magazine, defamed the complainant.

Luka was alleged to have quoted Senator Danjuma La’ah, the Senator representing Southern Kaduna in the national assembly but the senator surprisingly came out to deny making the comments he was quoted to have said in the said publications. The police then arrested Luka, the next day, 4th November on charges of injurious falsehood and defamation.

In the First Information Report (FIR), after Luka was arrested and before charging him to court,  the complaint was changed to cyberstalking according to section 24 (b) of the cybercrime prohibition prevention act of 2015. Luka subsequently was detained in 3 different police facilities including the notorious CID cell where he passed through very dehumanising conditions.

Luka was taken to a magistrate court in Barnawa on the 9th and then on the 10th of November. Luka’s lawyers applied for his bail while the police prosecuting lawyers opposed it.  On 10th November when his bail was denied, he was transferred to the kaduna prison from the Police cell in Gabasawa.

On 23rd November, he was brought to court again and all parties made their submissions.  Luka’s lawyers argued that because cyberstalking is not within the jurisdiction of a magistrate court the court was illegally detaining Luka on a case it has no power on. The police prosecuting lawyer opposed it, saying they have sent their report to the state ministry of justice and are still waiting for legal advice.

Luka’s lawyers then concluded plans to apply to a higher court, but while Luka was in prison, the state filed the case at a state high court and served him the papers in prison.

So, 63 days today Luka is still in prison, waiting for his first appearance at the state high court where the case would be starting afresh and the bail application starting afresh.

Luka’s trial is marred by irregularities, the margistrate who first ordered his detention seems not to be independent to make any decision even when it is clear he should.

His wife visited him yesterday and said she couldn’t see him because he was too sick to come see her at the visiting room. She said he is suffering from severe leg pain which might have been made worse by the poor living conditions in the prison. We have also gathered that he was taken to the poorly equipped prison clinic on a wheelchair yesterday.”

HURIWA has therefore served the Kaduna State Government to within 48 hours produce the detained Journalist in a court of competent jurisdiction so he can apply for jail just as HURIWA threatened to take steps to alert the World about the speculated plots by certain UNKNOWN MEMBERS OF THE DEEP STATE in Kaduna State to eliminate Comrade Luka Biniyat by food poisoning.