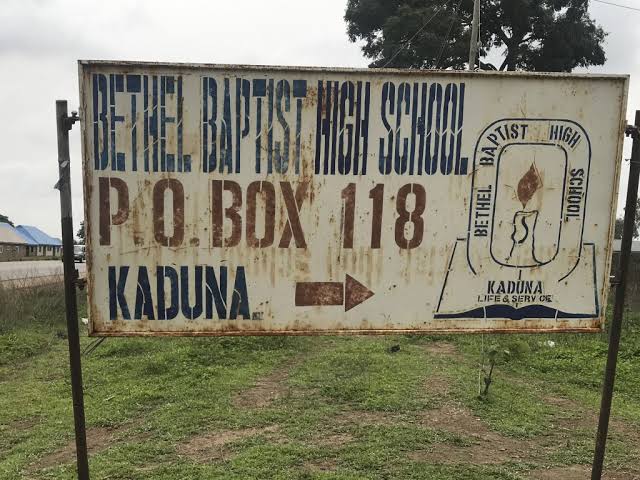 The Chairman of the Christian Association in Kaduna State, Rev John Hayab, has raised the alarm over the abduction of one of its members sent to deliver the ransom for the release of the remaining kidnapped Bethel Baptist High School pupil by terrorists.

Hayab, who’s also the Vice Chairman of CAN in the northern states and Abuja, also disclosed that the remaining pupil, said to be the youngest of the abductees, rejected an offer of freedom from the terrorists.

According to the President, Baptist Conference, Rev Ishaya Jangado, 121 pupils were kidnapped by bandits in the early hours of July 5, 2021, at the school premises along the Kaduna-Kachia highway, Damishi, in the Chikun Local Government Area of the state

The bandits had released 120 of the pupils in batches.

However, the CAN chairman said that the teenager preferred to remain with the bandits, a development that puzzled the entire members of the Baptist family and indeed, CAN.

Hayab explained that the bandits were said to be showering the boy with gifts each time they went out and come back from operations, thereby, making him reject the offer of freedom.

The CAN leader, who spoke to Saturday PUNCH in Kaduna on Thursday, said, “Only one pupil of the Bethel Baptist High School is remaining with the terrorists. The reason is that this young boy – because we have to be clear with the story so that we don’t get misquoted – is the smallest among them.

“I think the kidnappers were smart. They worked and changed his mind that he even said he wants to stay with them. They (terrorists) gave him meat, good things. Anytime they go out and come back, they pick him among the rest and give him so many things and then he starts acting funny.
“If they (terrorists) tell him to go home, he would say he was not going and gave some flimsy excuses that his parents used to beat him at home. But we also made findings and we don’t want to expose his parents to any noise but that is what he (the pupil) said. We are confused too.”
“But I understand they (terrorists) are playing mind games with him by giving him gifts and convincing him to talk that way. But last week, they (terrorists) asked us to bring some money (ransom) to come and take him. The person who took the money to them was kidnapped. The person is with them as I speak now (on Thursday).
“So, it’s a very complicated situation that we are praying and managing with care. The man who has been helping us to deliver the money (ransom) all this while went to deliver the money to free this boy they were confusing and they kidnapped him. So, the whole thing is taking a different dimension and we need to be careful.”