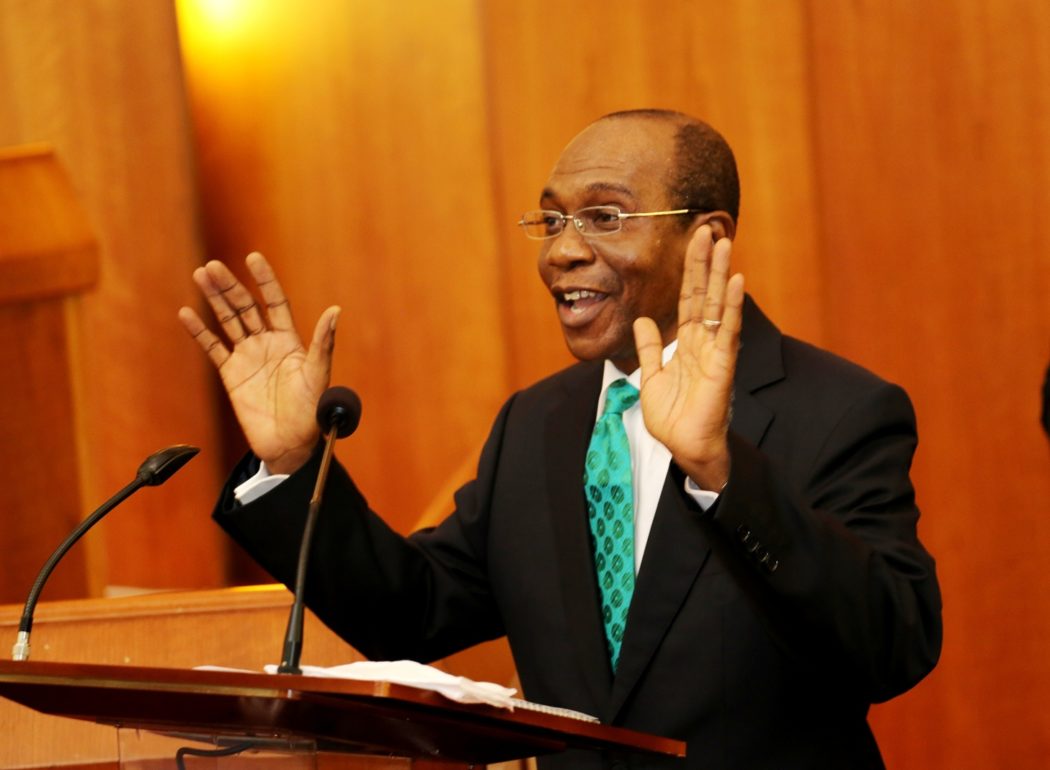 HURIWA’s National Coordinator, Comrade Emmanuel Onwubiko, in a statement, stressed that the anti-graft agency must prosecute Emefiele should he be found culpable of the allegation levelled against it by an online newspaper, ENigeria Newspaper.

The group noted that Emefiele would have acted in contrary to Sections 9 and 11 of the CBN ACT 2007 that stated expressly that the apex governor must cease to be in office if he fails to devote his entire time to his duty.

Recall that Titan Trust Bank Limited, a subsidiary of TGI Group, which started operations in October 2019, recently acquired 104-year-old Union Bank, becoming one of the most remarkable acquisitions in the Nigerian Banking space after STB acquired UBA in the landmark 2005 deal.

The publication further alleged that there were indications that Emefiele is one of the shareholders of Titan Trust Bank. This line of affiliation by this newspaper is not however the view of HURIWA which is why we are asking that EFCC should investigate the allegation and take action.

Reacting, HURIWA’s Onwubiko said, “The allegation of ownership of Titan Trust Bank levelled against CBN Governor, Godwin Emefiele, should not be swept under the carpet because it is a heavy allegation given the many unethical moves of the apex bank governor in recent times including his alleged attempt to contest the presidential primary of the All Progressives Congress.

“Expressly, Section 9 of the CBN Act 2007 states thus: ‘The Governor and the Deputy Governors shall devote the whole of their time to the service of the Bank and while holding office shall not engage in any full or part-time employment or vocation whether remunerated or not except such personal or charitable causes as may be determined by the Board and which do not detract from their full-time duties’.

“Also, Section 11 of the same Act states thus: ‘A person shall not remain a Governor, Deputy Governor or Director of the Bank if he is a member of any Federal or State legislative house; or if he is a Director, officer or employee of any bank licensed under the Banks and Other Financial Institutions Act’.

“HURIWA calls for the arrest of the CBN governor by EFCC if the story is true after a quick investigation by EFCC because this violates the terms of his engagements in addition to his earlier breach by getting involved in politics despite CBN Act that bans that.

“Should the CBN governor be found to be the owner of the bank, then he should be sacked, arrested and prosecuted for such unethical action. HURIWA however doubts if EFCC can be as swift as it normally does when students are fingers in ‘small small yahooyahoo crimes’ since this allegation of ownership of a multimillion dollars business concern is allegedly linked to one of the dreaded wealthy citizens in Nigeria. HURIWA is therefore tasking EFCC to show that it can also bark and bite big men who are regarded as ‘sacred cows’.

“Also, the EFCC needs to address Nigerians on the allegations against the suspended Accountant-General of the Federation, Ahmed Idris, and give us update because of insinuations that cases involving government officials are swept under the carpets.” HURIWA similarly applauded EFCC for achieving some unprecedented legal victories against some crooks across Nigeria.