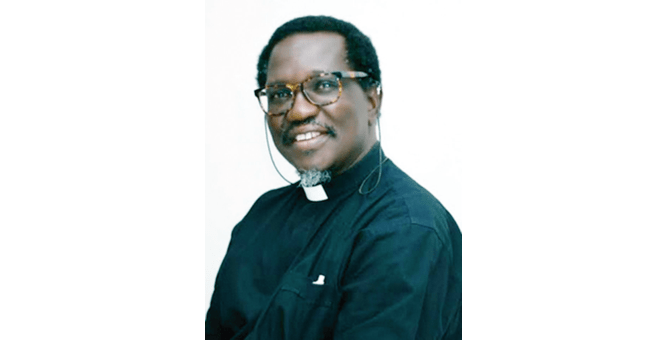 Global Mission Leader and renowned peace advocate, Revd. Gideon Para-Mallam has accused the government of the United States of America (USA) of encouraging impunity and lawlessness which is perpetrated against the Nigerian people, by the current dispensation in the country.

The cleric, who was reacting to the recent removal of Nigeria from the list of countries of particular concern in the area of religious persecution, contended that the US government is comfortably adopting hypocritical policies anchored on what is referred to as softball diplomacy which is akin to playing the ostrich.

According to Para-Mallam, to have stooped so, the US has allowed herself to be blinded by the culture of denialism when it comes to religious persecution by the present government in Nigeria.

The cleric who is also the President/CEO of The Para-Mallam Peace Foundation, further slammed the US saying it seems there exists a disturbing strange relationship between the US Government with the Nigerian Government. “This relationship does not always favor the peace-loving people of Nigeria.

This re lationship as demonstrated by this policy of removing Nigeria from the CPC list will not serve in the interest of the Nigerian people in the long run but only US strategic interests.

“Such pandering in massaging the political ego of the Nigerian power elite suits the Nigerian government but hurts its people both in the short and long term,” Para-Mallam stressed. He stated that government should exist for its people as is the case even in the US.

His words: “It is so strange the US Government is encouraging in Nigeria what she won’t dare encourage in the US. With brutal killings going on with so much impunity in Nigeria, yet the US State department removed Nigeria’s name from the CPC Watch list.

“With so many Christian girls in Boko Haram’s captivity – Leah Sharibu with hundred others serving as slaves, forcibly converted, sexually abused yet Nigeria was removed from that list?

What about those innocent Christian girls particularly in Maguzawa dominated Christian communities in Northern Nigeria who have been forcibly kidnapped, converted, and married off as minors and underage, yet the US State Department sees nothing wrong with such?

“What about Nigeria’s inability to manage our diversity with the current government running what is mostly an exclusive instead of an inclusive government yet the US government sees nothing wrong with all these? “I stand for peacebuilding that is predicated on justice for all I will continue to advocate for peaceful resolution of our challenges in Nigeria but nurturing systemic structures of social injustice hurts us all.

Therefore, to me, removing Nigeria from the CPC list is a hypocritical and tacit way of encouraging the present impunity and lawlessness. I pray this will not result in more killings in Nigeria,” Oars-Mallam lamented.

The peace advocate further pointed out that it beats the imagination that with all that is going on in Nigeria regarding the persecution of Christians, Nigeria which became a Country of Particular Concern (CPC) lists as it affects religious freedoms,

in December 2020, could be so hastily removed in less than one year. He also noted that Nigeria was interestingly removed from the CPC list but Boko and ISWAP were named in the entities of particular concern list.

This, Para-Mallam further pointed out, clearly shows that the Department of State recognizes the significant challenge of religious freedom in Nigeria insisting that religious persecution in Nigeria has multifaceted dimensions yet Nigeria was not even in the Special Watch List (SWL).

He continued: “I wish to ask: What has changed in Nigeria? Have the mass kidnappings and mass killing of Christians stopped? Have the ongoing attacks which led thousands to become Internally Displaced Persons (IDPs) from several Christian communities stopped?

“No doubt Muslim communities have also come under attack by the Bandits but that, unfortunately, is a strange scenario of Muslims attacking and killing Muslims.

As a Peace Advocate and crusader for social justice, I am completely opposed to Muslims being killed also, just as I am opposed to the killing of Christians. Therefore, I have always wondered and asked myself, how does the killing of Muslims cancel the fact that Christians are being killed or suggest in any way that they are not being persecuted?”

“It is untrue and deceitful to make the world believe that Christians are not being persecuted in Nigeria. Many Christians in States such as Benue, Plateau, Yobe, Borno, Niger, and Southern Kaduna are systematically being uprooted from their ancestral homelands.

Should this be taking place in a country that is supposedly multi-religious, multiethnic, and multicultural?” Para-allam asked.