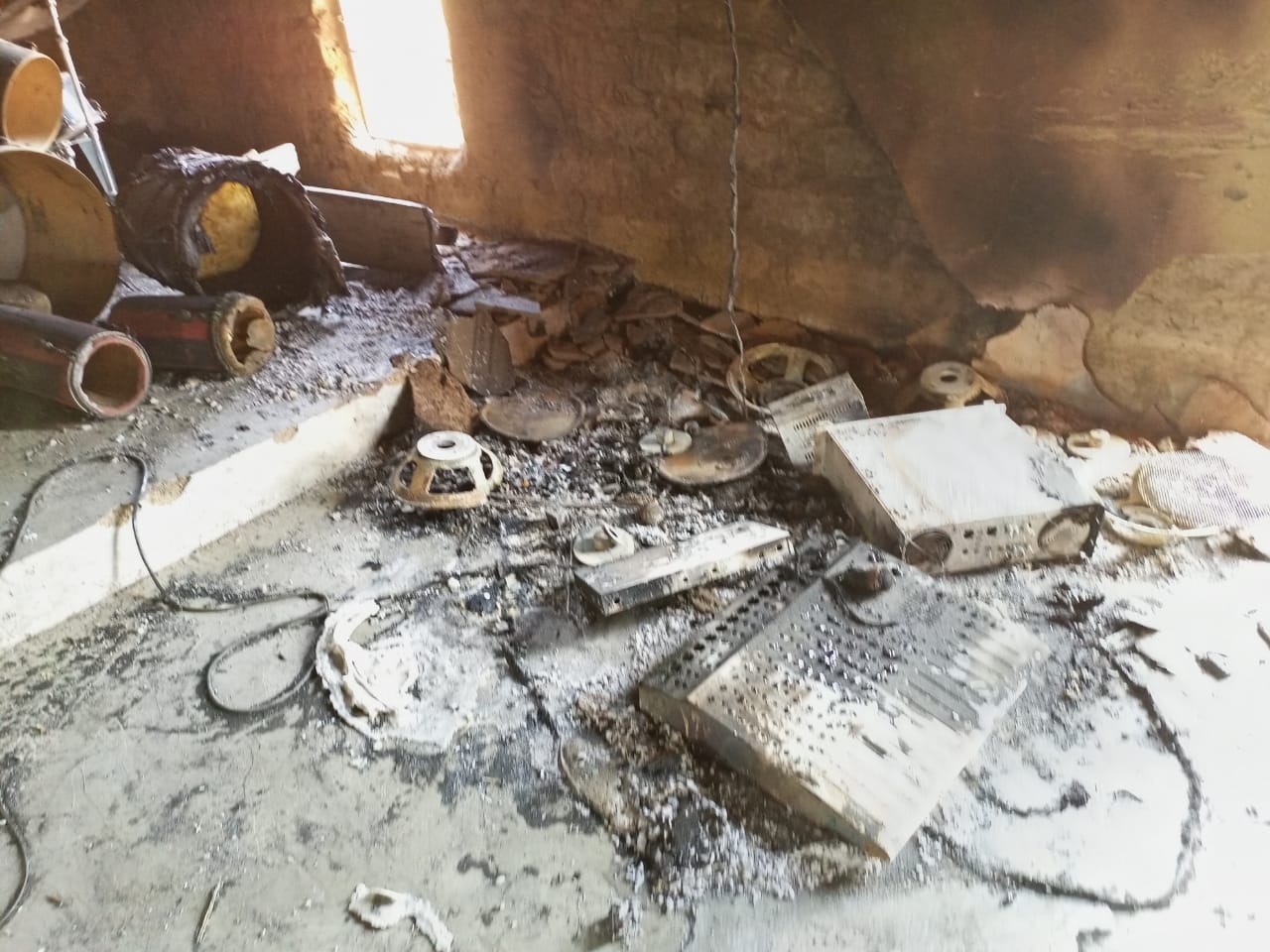 Residents of Galuwyi in Kunai Ward of Chikun local government area of Kaduna state have accused the Nigerian army of carrying out what they described as arson in their community on January 29, 2022.

A resident of the community who spoke to this newspaper on condition of anonymity, citing fears to his life and safety, recounted his terrible experience on the day of the ugly incident.

“It happened on the 29 of January at about 12:25pm while we were in our respective houses relaxing.

“Suddenly we began to hear gunshots in our community close to the river that is between us and the neighboring community, Kabrasha. We saw men of the Nigerian army coming into our community in large number. People began to run helter skelter for their lives.

“Later we got to know that the army were exchanging gunfire with bandits, the army obviously overpowered the bandits and the bandits ran away while the army crossover into our community.

“When they got into our community, they began to set our houses on fire.” He recounted

The source further recalled that after setting their houses, stores and even animals on fire, the army went to two Churches in the community; Baptist and Assemblies of God Churches and set both ablaze.

“After setting our houses, stores and cattle on fire, the military shifted to the two churches in the town Jimrewa Baptist church and Assemblies of God church. In the assemblies of God church, they gathered all the musical gadgets and burnt them down while the Baptist church was burnt down completely leaving nothing to be removed from it.” He said

This reporter also gathered that residents of Galuwyi are currently seeking refuge in Sabon Gaya, a suburb of Kaduna while a few aged men and women who couldn’t leave due to their old ages are left in the burnt community under harsh weather conditions.

This reporter reached out to the Ward Councillor of Kunai Ward, Honorable Lawal Danjuma who also confirmed the incident but claimed that the military were chasing terrorists in the area.

“I don’t have much details but what i can tell you is that there was a confrontation between the soldiers and Boko Haram in the area which led to the military allegedly burning down the communities to avoid the terrorists from hiding there.” Danjuma said.

When asked about the burning of two churches in the community, the Councillor said he doesn’t have much information on that but promised to speak to a local vigilante member from a nearby community who was with the military on the day of the operation.

Efforts to get more information from the Ward councillor proved abortive as he claimed he hasn’t been able to reach the vigilante official whom he claimed was with the military on the day of the incident.

Galuwyi community is situated around the Kaduna river which shares boundary with Niger state, a state where Boko Haram terrorists hoisted their flag last year.

This is not the first time a community in Chikun local government is accusing the Nigerian Military of destroying their homes and churches.

In December 2020, Kasnawi village in Chikun ward accused the Nigerian Airforce of carrying out aerial bombardments on their community, killing six people and injuring four. Several houses were also destroyed by the Airforce on the same day.

Recalled also that in May 2020, an Assemblies of God Church was hit by an Airforce munition in Kabarashi community.

Reacting to the incident, the Kaduna State Government said that the damage done to the Assemblies of God’s Church, Kabarashi village in the Chikun Local Government Area of the state was not intentional. The commissioner of Internal Security, Samuel Aruwan said the munitions that hit the church were targeted at bandits terrorising the state and said that Governor Nasir El-Rufai, had directed that the damage be assessed for necessary action.