DSS meddling in religious matters, should focus on its mandate – HURIWA 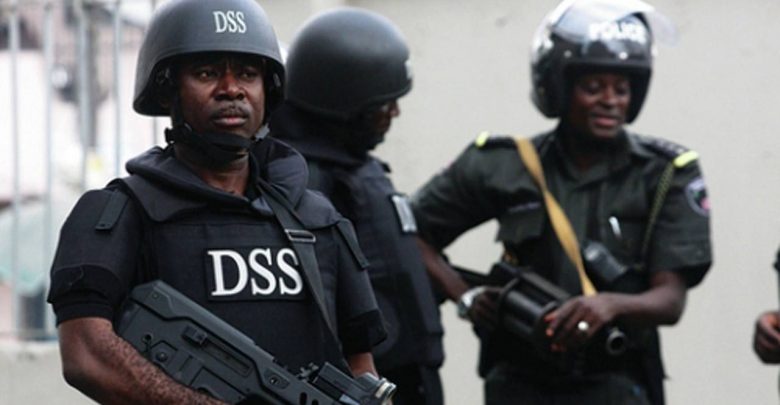 Civil rights advocacy group, Human Rights Writers Association of Nigeria, (HURIWA) on Friday, knocked the Department of State Services over the reported rescue of 21 Almajirai from an Evangelical Church Winning All branch in the Jos North Local Government Area of Plateau State.

The group alleged that the DSS has been pursuing Islamic agenda and challenged the secret police to produce any Christian girl it had rescued from the claws of child marriage by Islamic fundamentalists and northern Muslims such as Emirs.

Recall that the DSS, in a report by Daily Trust, dated June 27, 2022, claimed that the 21 Almajirai boys were forcefully converted to Christianity in the church but the ECWA General Secretary, Rev. Yunusa Nmadu, denied the allegations.

Reacting, HURIWA’s Onwubiko said, “The Department of State Services has apparently strayed from its original roles and functions as it is empowered by Instrument SSS No.1 of 1999 made pursuant to Section 6 of the National Security Agencies  Act 1986 Cap. 74, LFN 2004.

“Others include the prevention, detection and investigation of threats of Espionage, Subversion, Sabotage, Terrorism, Separatist agitations, Inter-group conflicts, Economic crimes of National security dimension and threats to law and order; provision of protective security for designated principal Government functionaries, sensitive installations and visiting dignitaries; provision of timely advice to Government on all matters of National security interest and such other functions as may, from time to time, be assigned to it.

“But it is unfortunate that the DSS has abandoned these roles to pursue religious agenda like claiming the rescue of Almajirai from a church.

“HURIWA is therefore forced to ask the DSS under the control of the Director General, Yusuf Bichi, how many Christian schoolgirls the secret police had rescued from Islamic fundamentalists and northern Muslim element who abducted and coerced them into forced marriages.

“According to Open Doors International, an organisation that serves the persecuted Christians worldwide, over 40 Christian girls were abducted, Islamised and married off to Muslim men in Kano State between 2011 and 2016 alone. The case have since soared in the last seven years since the President, Major General Muhammadu Buhari (retd.), assumed office. Cases are numerous from Jos to Kano, Kaduna to Yobe, Sokoto to Maiduguri, to mention just a few.

“In 2016, a Bayelsa State-born Christian girl, 13-year-old Ese Oruru, was abducted by a Muslim, Yunusa Dahiru, and taken to the northern city of Kano as his wife. The young girl was impregnated by Dahiru and the DSS was nowhere to be found.

“In May 2017, the daughter of a Nigerian church leader, 16-year-old Janet Habila, was forcibly converted to Islam and married off to her Muslim boss by a Shari’a court in Niger State.

“Also, in Bauchi, 16-year-old Jamila Noma, was brought before an Islamic court on the orders of her father because she became a Christian and rejected her father’s decision to marry her to a Muslim man.

“Still fresh in mind is case of Leah Sharibu, one of the over 110 Christian schoolgirls kidnapped from Dabchi in Yobe State on February 19, 2018. Whilst most of the others have been released, Leah was held back by the terrorists for not renouncing her Christian faith. The kidnapping of over 270 female Christian schoolgirls from Chibok in Borno State in April 2014 is also fresh in mind but the DSS was nowhere to be found in all of these fatal human rights violations.

“The DSS should stick to its job prescriptions and stop meddling in religious affairs or do so impartial for all faiths including Islam, Christians, traditional religion and all faiths as enshrined in Section 38 of the 1999 constitution.”