Defend Yourselves Against Your Attackers: SOKAPU Youth Charges Southern Kaduna 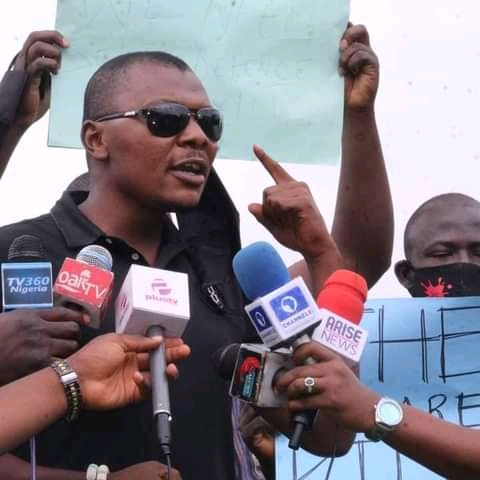 Following renewed attacks across Southern Kaduna, the Youth wing of the Southern Kaduna Peoples Union (SOKAPU) has charged the people of the area to defend themselves against those they tagged “criminal Fulani terrorists” operating in the area.

In a statement signed by the National Youth Leader, Comrade Isaac John and made available to Middle Belt Times, the group described as worrisome the continued attacks, killings and destruction of properties in the area.

The statement reads in full;

Brethren, we must have observed the reccuring Spade of attacks and killings taking place across our communities in the last few weeks.

Last night Maraban Agban Kagoro came under attack with scores killed, properties and houses burnt by the same terrorists Fulani herders who have vowed to die attacking our kinsmen, one thing we are sure of is the unarguable fact that they shall continue to labour in vain.

it is however worrisome the manner with which this criminals continued to operate with no deliberate attempt by security bodies to intervane or stops these criminal Fulani terrorists from attacking our communities.

The Youth Wing of Southern kaduna People’s Union is again at this time compelled to say Government both at the State and Federal levels have failed to put an end to this mindless attacks on our people and arrest perpetrators.

We are calling on all Sons and Daughters across Southern Kaduna in the face of these cruel killings to defend yourselves in the proportionate ways and manners your lives seems threaten.

We urge us all not to sit and watch while our kinsmen are led to slaughter like lambs, our lands taken, our children butchered and our sisters and daughters raped to death.

Let us be reminded that every inch of Land in Southern Kaduna is an inheritance from our forefathers and remains the exclusive entitlement of our offsprings.

We cannot abandoned or cedes an inch of Southern Kaduna to any coward at this time, not when our forefathers and fathers died protecting it.

It is a noble duty we hand over same which was handed to us to our offsprings.

Brethren fear not the sounds and echoes of death.

For if God is with us, who can stand against us.

“For the LORD our God is he that goeth with us, to fight for us against our enemies, to save us.” Deuteronomy 20:4

Above all brethren lets continue to look up to the heavens from where cometh our help.

On Sunday, terrorists suspected to be Fulani herdsmen launched an attack on Mararaban Agban Kagoro in Kaura local government area of Kaduna state, killing scores and destroying dozens of houses. As at the time of filing this report, the exact number of persons killed and properties destroyed are yet to be ascertained.